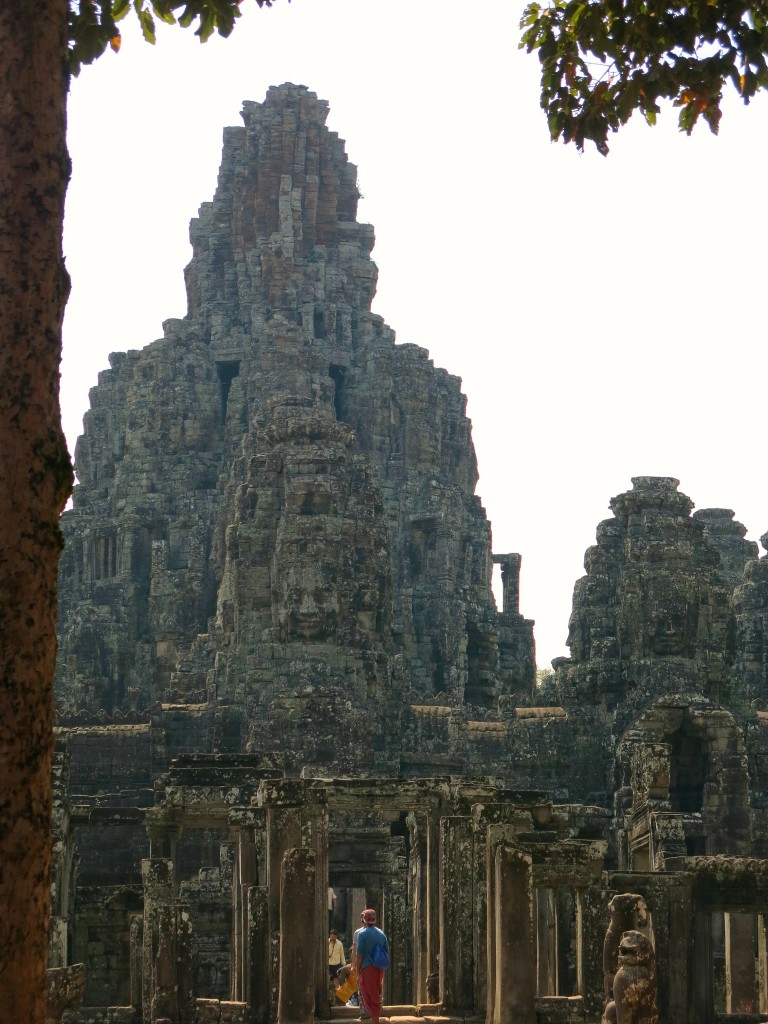 As part of our three week trip to Southeast Asia we spent three days in Siem Reap, Cambodia. We were travelling to Siem Reap for one reason only, the famous temples of Angkor Wat. This is the reason most people travel through the city, but we got to enjoy much more than temples.

We didn’t have many days to play with and almost didn’t make the trip to Siem Reap as we didn’t think 3 days would be enough. But in the end we thought as we’re only a two hour plane ride away we should – who knows when we’ll be back in this beautiful part of the world!

How to spend 3 days in Siem Reap

We discovered it’s not just about Angkor Wat, there are other things to do and see in Siem Reap! Strangely I didn’t do much research before we went and whilst there I found it hard to search through the noise of everything Angkor Wat.

So here is our 3 day itinerary for Siem Reap. We discovered a great circus one evening, time to relax with a massage or two and of course there is some temple action with equal parts food. You know it’s always about the food on these pages!

What to do in Siem Reap

Angkor Wat is one of the most important archaeological sites in South-East Asia. It stretches over 400km2 and contains the magnificent remains of the different capitals of the Khmer Empire, from the 9th to the 15th century. They include the famous Temple of Angkor Wat and, at Angkor Thom, the Bayon Temple. The past kings of Cambodia each strove to better their ancestors’ structures in size, scale and symmetry, leading to what is believed to be the world’s largest religious building. 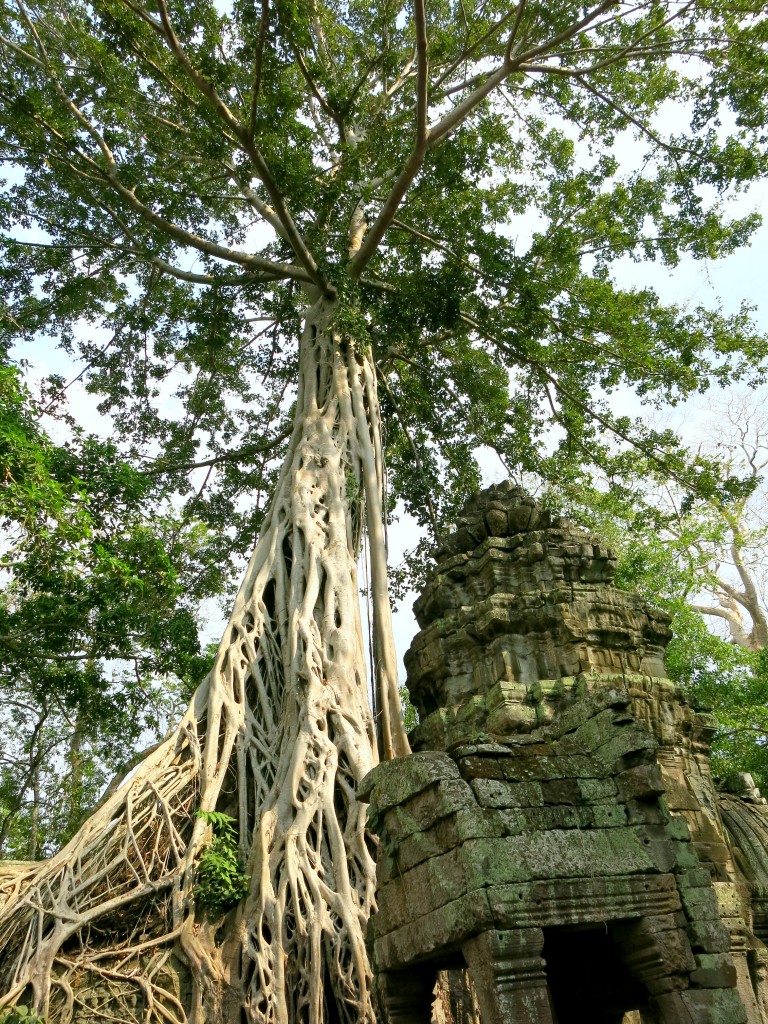 Angkor Wat really is the heart and soul of Cambodia and a source of much national pride. Unlike the other Angkor monuments, it has never been abandoned to the elements.

We decided one day exploring these ancient ruins would be enough for us. It’s a massive area and a lot to cover but you can buy one day, three day and week passes depending on how much time you have/want to spend here. Many people will get a tuk tuk from the centre of Siem Reap and get them to take them to the main temples. 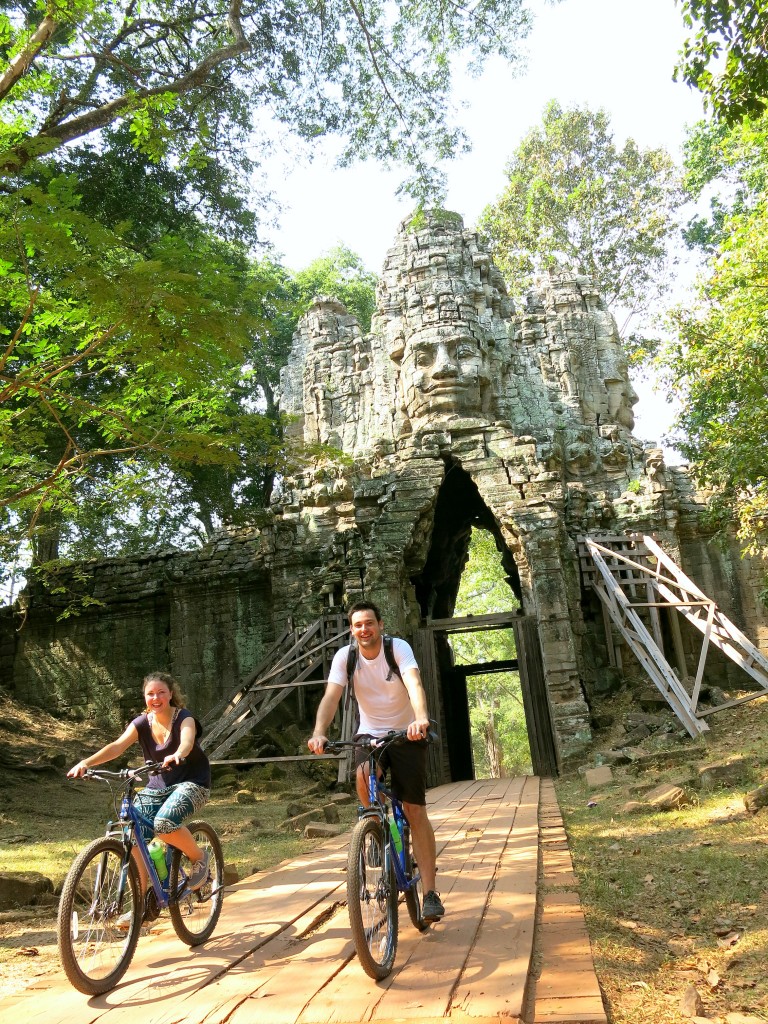 Instead we booked a really great bike tour which I can’t recommend enough!

We wanted a guide because really we knew very little about the history of the temples but we thought it would be fun to cycle! I was a little nervous before we set off as we covered about 35km in one day! We left at 7:30am and returned at 4pm. It’s a long day but it was so much fun and our guide was local and so knowledgable. 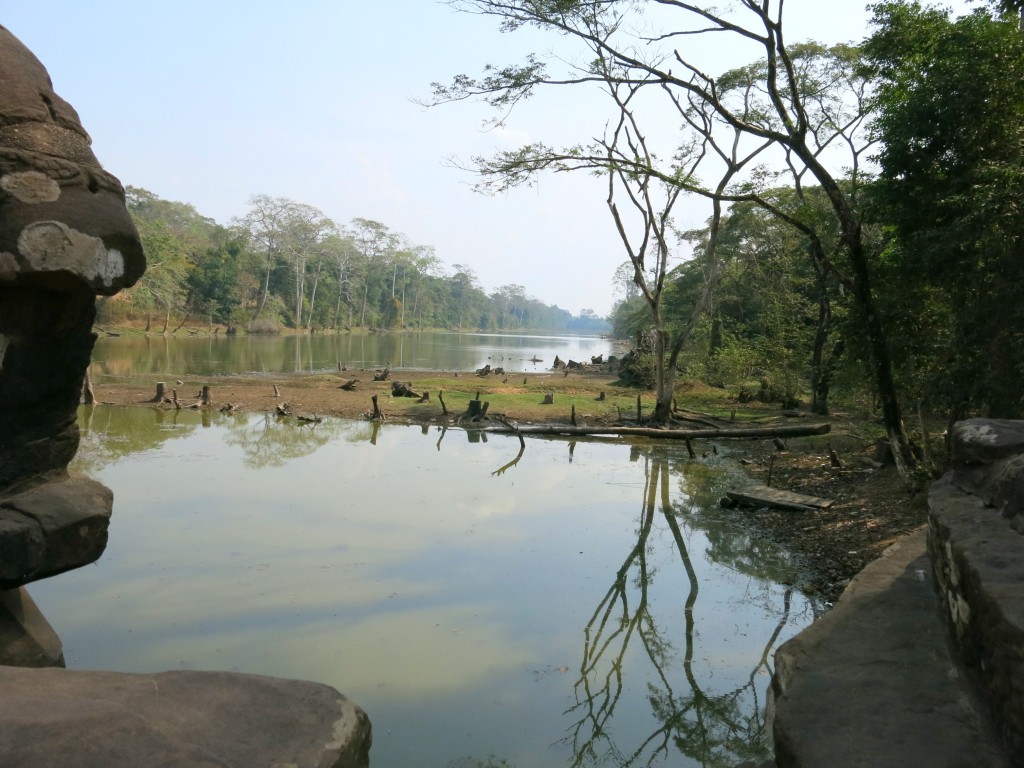 We were worried about the sun but once it got to the middle of the day we were cycling in the forests around the temples and so pretty much stayed out of direct sunlight. Also, every bike had it’s own water bottle so you don’t have to carry too much water on you and all the bikes were in great condition with good tyres. You cover a lot of ground in one day so it’s perfect if you have limited time in Siem Reap. 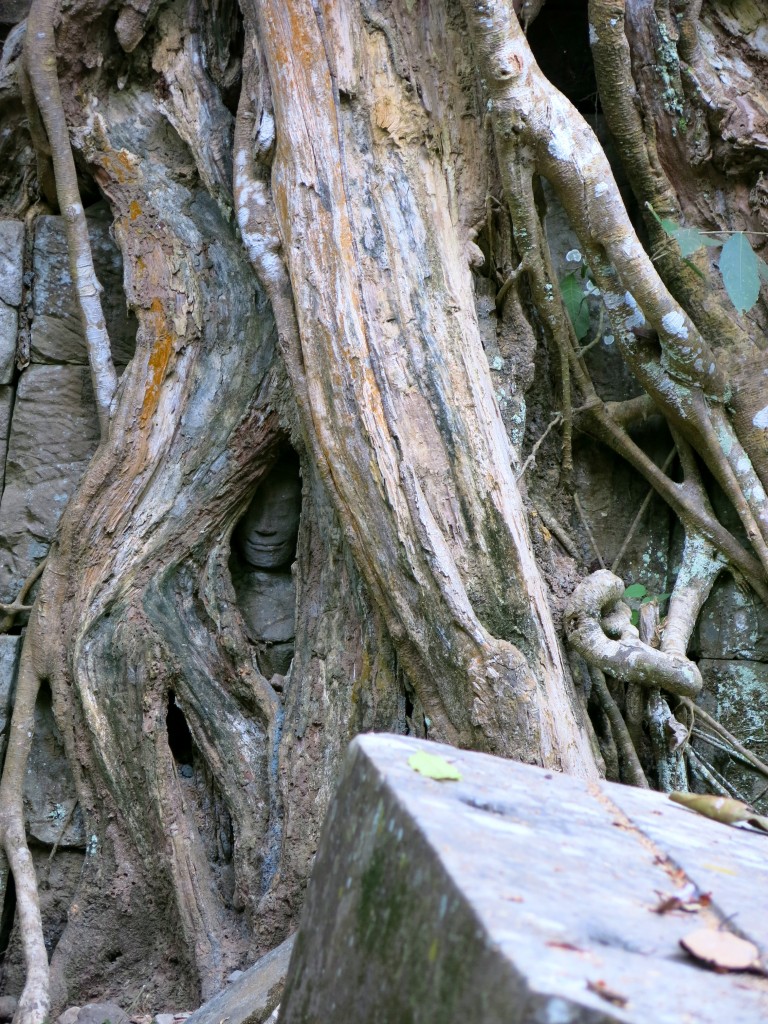 Apart from Angkor Wat, we hadn’t planned anything else to fill our time here. Sat by the pool we began researching and we realised its quite hard to get through all the noise of the temples – look up ‘things to do in Siem Reap’ – it’s all temples, temples, temples! But after a bit of digging we discovered Phare Circus!

Cambodia’s answer to Cirque du Soleil, Phare The Cambodian Circus produces beautiful performance art with a social message behind each production. It opened its big top for nightly shows in 2013 and I personally think it’s a ‘must-see’ when staying in Siem Reap.

Many of the performers have had extremely hard upbringings and seen unimaginable things which I think makes the performances even more powerful and emotive. They have graduated through Phare’s original Battambang campus and gone on to perform in international shows around the world. The money from the shows is reinvested into the school and projects. 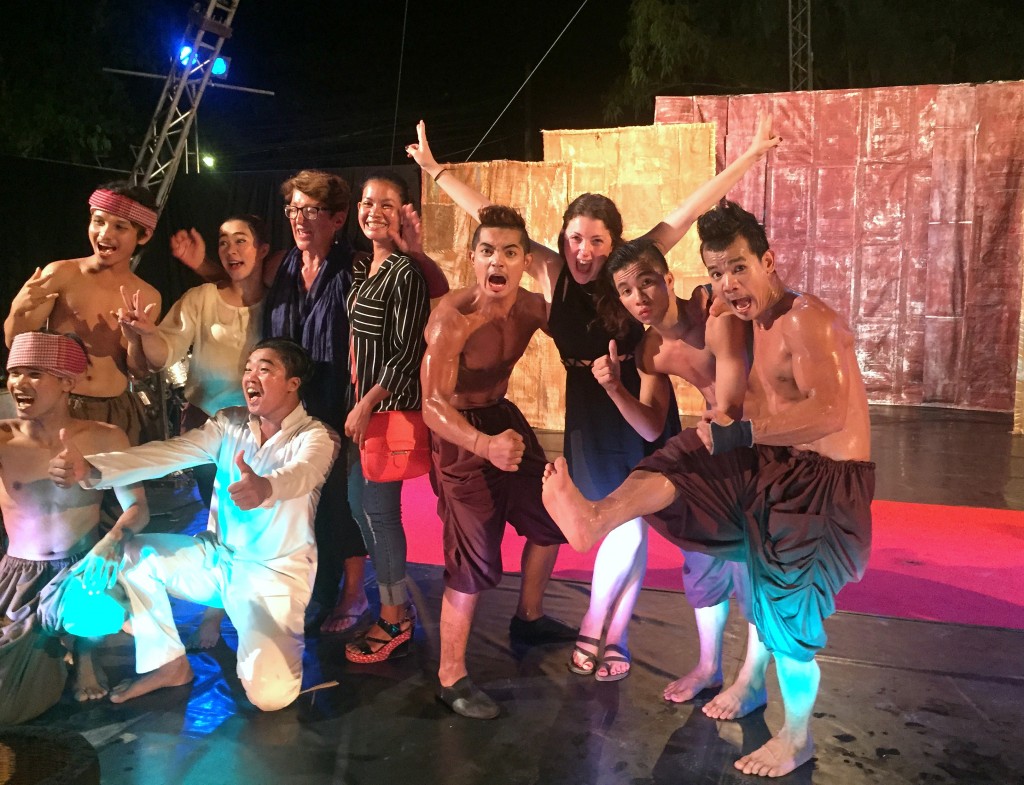 It was such a great evening and although you can’t deny how incredible Angkor Wat is, I would almost say this was our favourite part of the three days.

This is an archaeological museum dedicated to Angkorian artifacts. It was good to put the story of Angkor and the Khmer empire into context – things our guide had said started to fall into place a little. 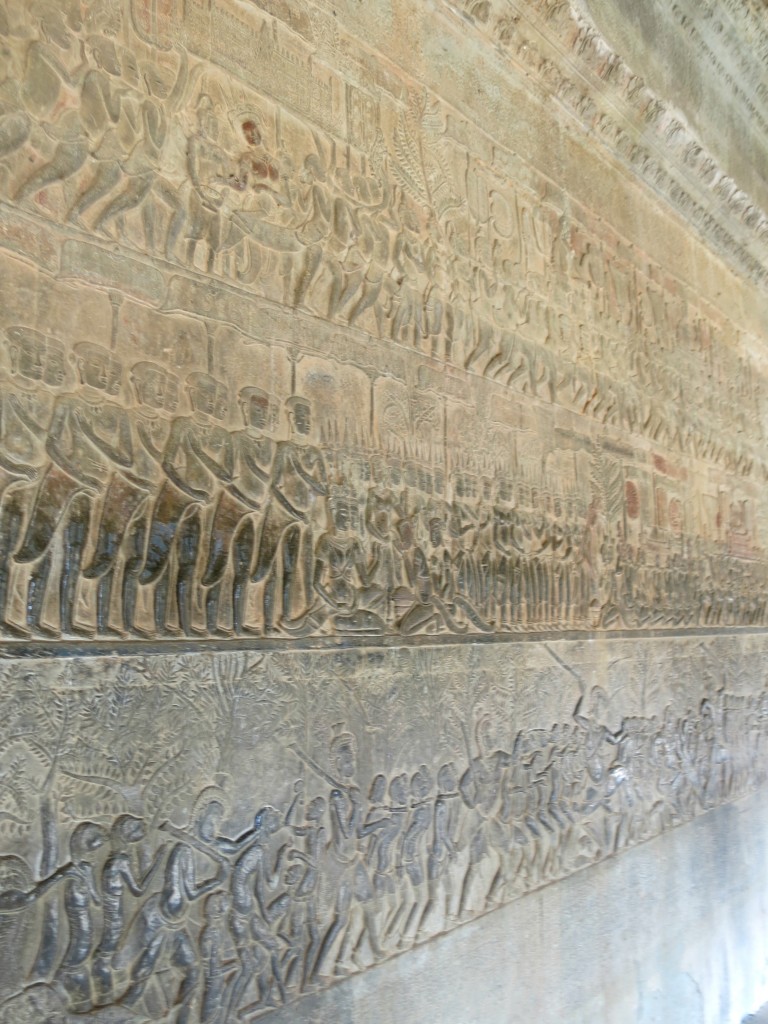 Displays are themed by era, religion and royalty as you move through the museum. We were in here no more than a couple of hours but it was a great way to spend a morning.

Make sure you make some time for a little pampering whilst in Siem Reap. Out of all the places we visited this was the cheapest place to get a good massage. I found a great little spa just moments away from our hotel. I went in for a manicure and pedicure and then ended up having an hour long massage and it was heaven!

Where to eat in Siem Reap

There are a great selection of places to eat in Siem Reap and something for every budget, from street food to elegant restaurants, don’t be put off by your first glimpse of Pub Street!

Siem Reap’s restaurants, cafes and food markets offer some of the best of Cambodian cuisine. The unusual Khmer-French–Asian fusion, combining traditional, colonial and international influences is what makes the food here unique. 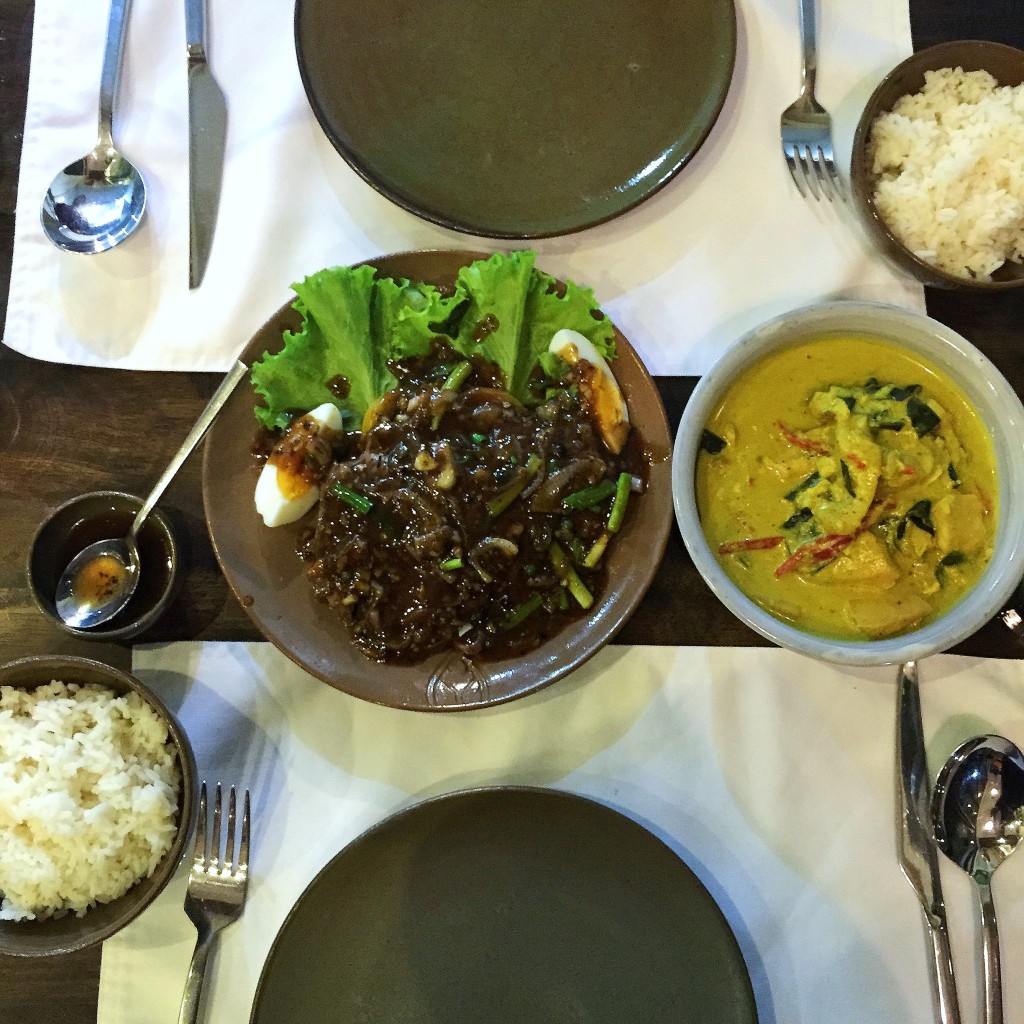 Whilst you are here definitely make time to try some Khmer dishes. Our favourite place was Khmer Touch Cuisine. Order the fish amok for a true taste of Cambodian cuisine.

I’ve already written about where we ate in Siem Reap, go take a read!

Where to drink in Siem Reap

There are plenty of places to drink in Siem Reap! Unfortunately Pub Street reminds me of drunken holidays to Greek islands so we tended to avoid it. But there is a warren of streets in the surrounding area with some great little bars.

We spent our last night in Siem Reap at Laundry Bar and boy did we have sore heads in the morning! This laid-back understated bar has a great soul/funk playlist which you can listen to whilst playing pool into the early hours. They often have live music here too.

At Miss Wong’s you will find good cocktails and a relaxing atmosphere. The 1920s Shanghai decor is awesome and its nice and cosy for a nightcap.

This tiny tapas bar has about 14 stools – I just love the horseshoe shaped bar in here! It’s hard to find a spot but it would be a great place to go for a drink if travelling solo.

Charlies Bar has a great atmosphere and perfect for people watching! Not the best cocktails, as very strong but it’s best to stick to beer here anyway, but we did enjoy the music (old school hip hop and dance anthems).

Where to stay in Siem Reap

Siem Reap offers a vast selection of accommodation. You’ll notice on the way into town from the airport that the roads are lined with massive hotels. These in my opinion are pretty soulless and serve the purpose of somewhere to sleep if you are just here for the temples.

But, if you look further into Siem Reap there are some great value options, beautiful boutique hotels and big luxurious places for you to stay whilst you explore.

We had a very pleasant stay at Khmer Mansion Hotel which lies in the centre of Siem Reap. It had a great rating on booking.com but we actually got a better price by booking direct. 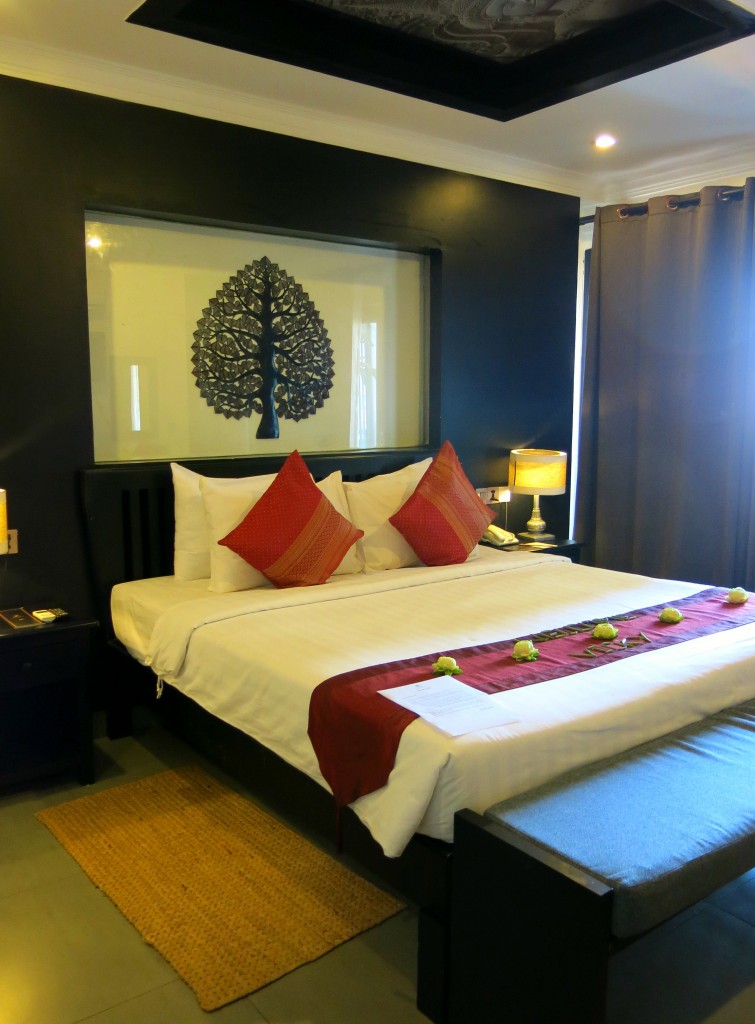 Our room was enormous with a lovely balcony overlooking the pool. Siem Reap is pretty noisy and dusty so the views aren’t amazing, but that didn’t matter to us. There is a great pool which I personally think is a must to cool down in after a day at Angkor Wat! The staff here were fabulous too. 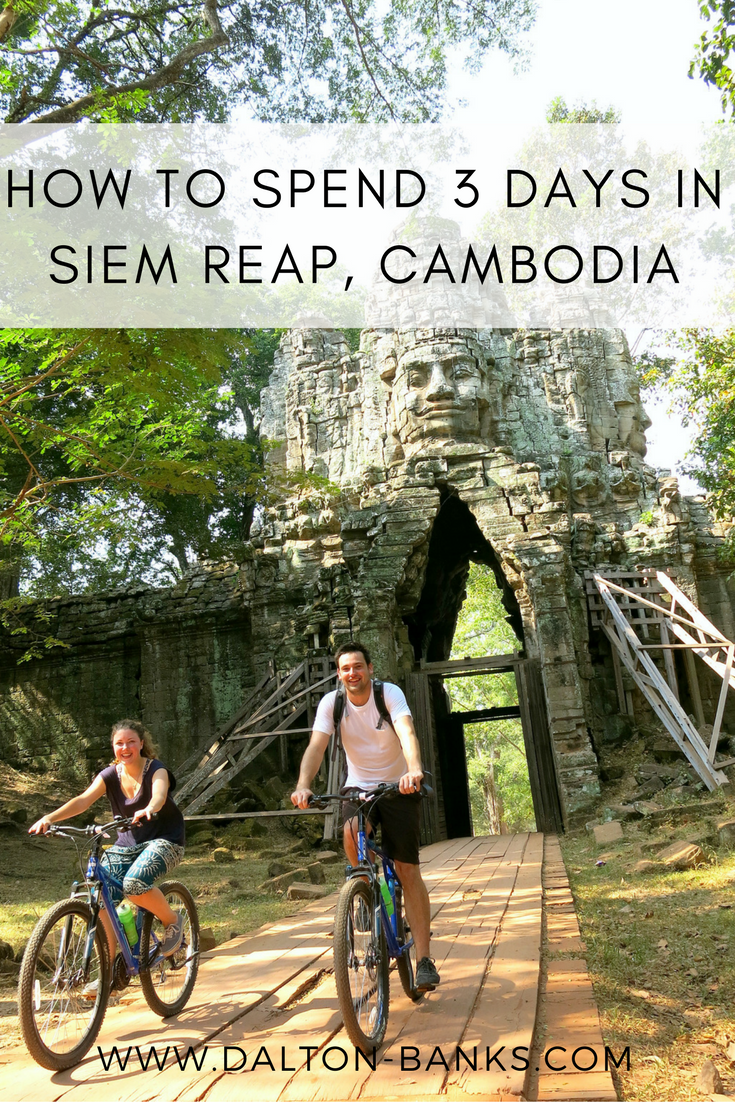