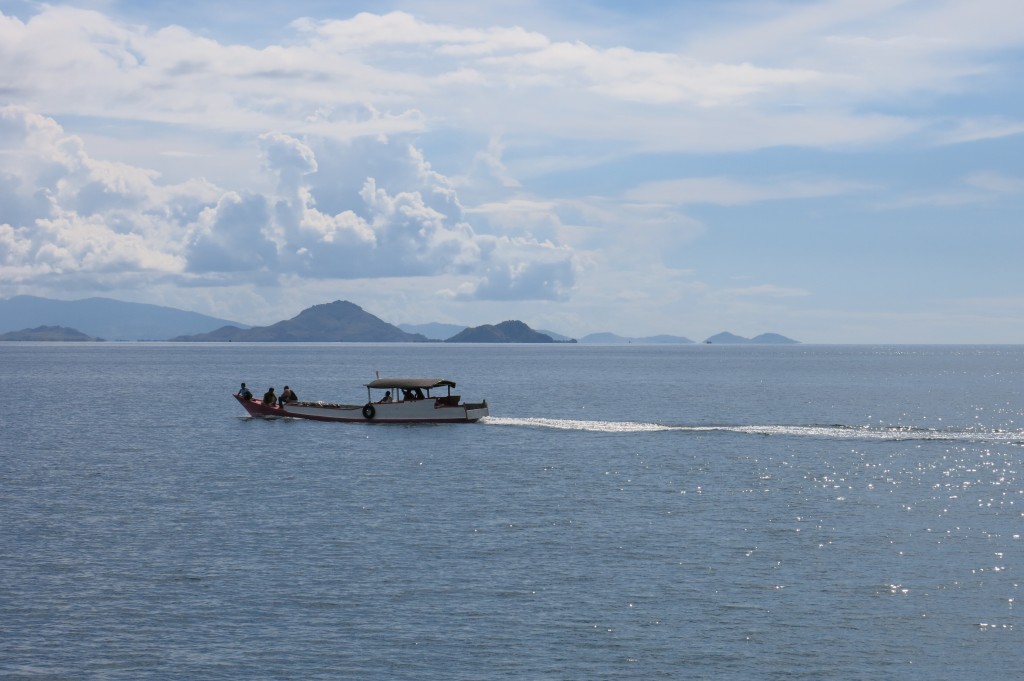 Just a short flight from Bali is Flores. We were staying in Labuan Bajo at the Bintang Flores Hotel. We only made a two night stop here because we really wanted to see the Komodo Dragons and this is the best mainland place to stay to do that. I really do wish we’d had longer to explore the island. Just look at the Kelimutu National Park with it’s three coloured lakes, just absolutely stunning. I’ve already vowed that one day, we will return.

There are many two/three night boat tours to Komodo and Rinca islands, you can take them from Bali, Lombok and Labuan Bajo. However, we decided we didn’t want to stay on a boat. Labuan Bajo is very different to Bali, the infrastructure is definitely still developing. It feels a lot more travely. I loved the vibe here. 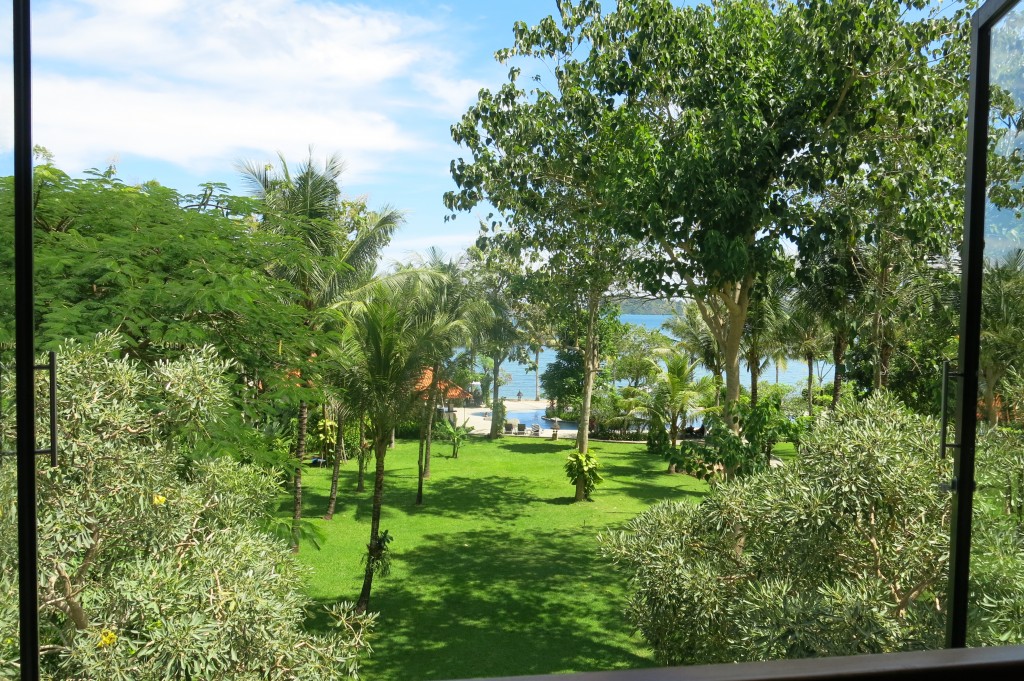 I did a lot of research about where to stay as I knew we’d have one lazy day there because of flight times. We decided to go for a hotel over airbnb because we wanted the use of a pool. The Bintang Flores was a lovely hotel with a fabulous pool. It says it’s a four star, and it’s definitely the best in town, but I wouldn’t say it’s four star according to European standards. I knew this before we booked and it was not an issue at all. The staff were great and the rooms are large and clean, we were lucky to have a great view of the sea. The pool is the real draw, we spent a glorious day there. The breakfasts were so-so, perfectly fine but nothing special. But we weren’t here for those though, we were here for the dragons!

The town of Labuan Bajo is small but there are a few good places to eat and drink in town.

On the first evening we ate at Tree Top restaurant and watched the sun set over the harbour. It’s a beautiful place to watch the sunset from, looking out at all the shadows cast by the boats in the harbour after a long day fishing. The see food here is good. Then we headed literally across the road to the Lounge. They have great live music, this is where you need to come for good times, laughs and beers. I think it’s two brothers who own it and them and their staff we wicked. An English family that had actually been on our flight that day were also there and a couple of the sons got up to sing and play guitar with the band, it was such a fun night, everyone dancing and drinking Bintang! 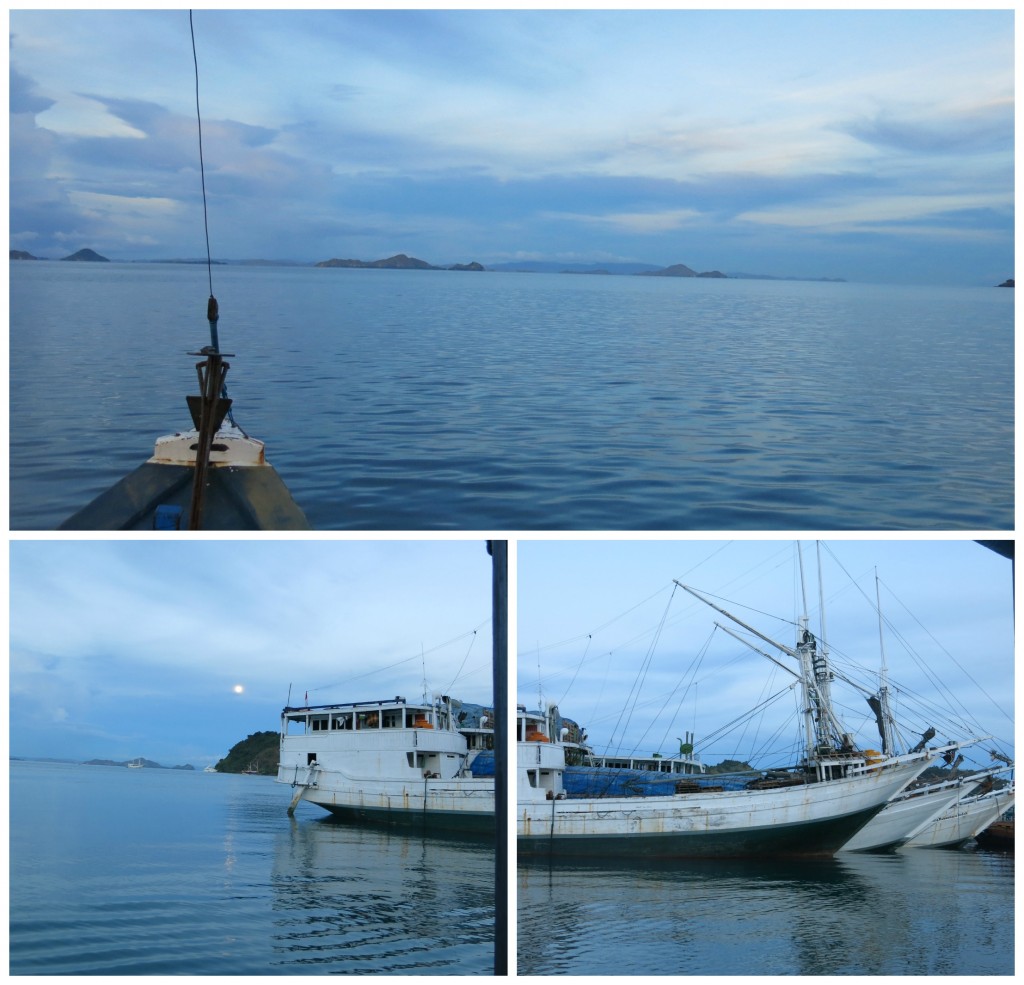 We were up at 5am for the boat, we do like our early starts! This was a slight struggle from the night before… oops. We booked this Jhoni from Munduk Wilderness. Jhoni knows a lot of people in the travel industry in Bali and after the success of that trip we totally trusted him with booking this for us. What a great decision! We had the boat to ourselves with three crew. It was just under 3 hours to Komodo Island, soon after setting off we were presented with chocolate and banana pancakes! So nice after the early start. We then snoozed and woke up to the most breathtaking views – volcanic islands shooting up out of the sea. It was just stunning. 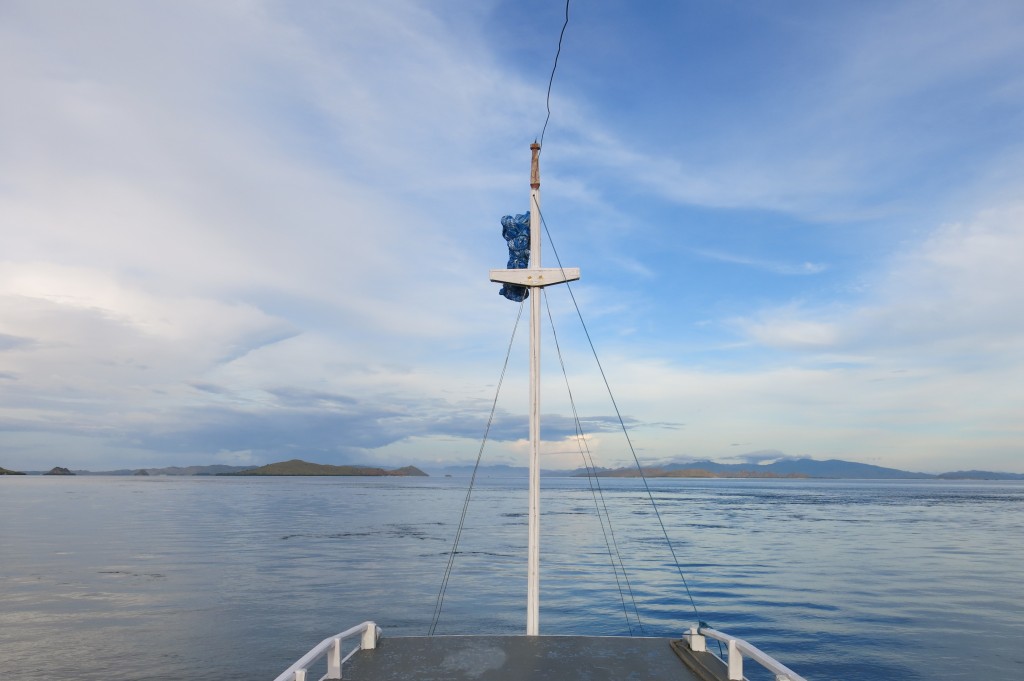 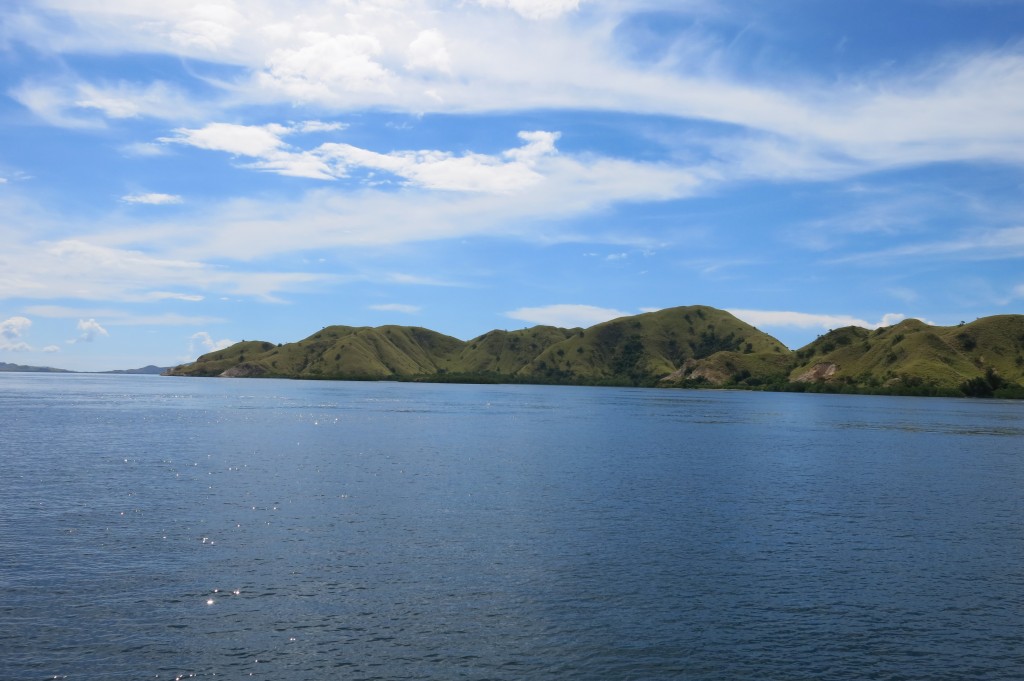 Walking up the pier the guy off our boat took us to the office and we paid to enter the island and for a guide. We decided to go for the ‘medium trek’, which was about an hour and a half. There are long and short walks on offer. So just to point out, the guides just have sticks. Sticks. To protect you from real life dragons. We were very lucky to see a number of the Komodos in the ‘wild’. There will always be a few by the rangers buildings as they wait for food. This pretty much guarantees you will always glimpse one or two. But it was very special to see them around the island away from humans. The ranger gave us a great run down about the animals and the island and we learnt so much. Did you know that a baby Komodo has to run straight up a tree after it’s born or its mother will eat it! The Komodo below is only 4 years old… 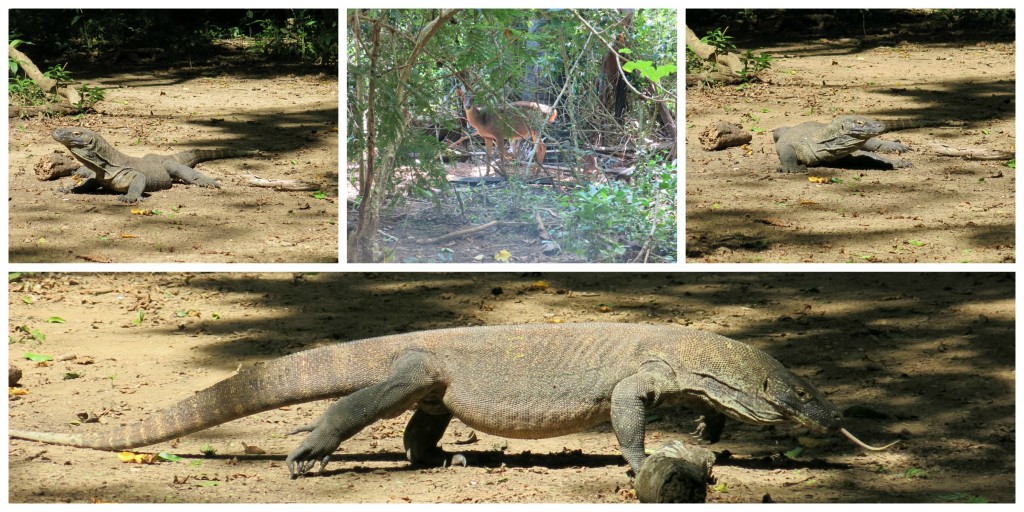 After about an hour and a half of exploring we headed back to the boat. We moved on to the pink beach – made pink by the finely broken coral. It’s a great spot for a some snorkelling. Whilst we were here though, the current was very strong. Which took us by surprise a little, so just be aware of that. But it was beautiful and by the time we got back on the boat they had prepared us a fresh lunch which was delicious! We took in the amazing views and snoozed on our way back to Labuan Bajo.

That evening we headed back to the Lounge for food, drink and the great local band!

There is so much more to see on Flores. I loved the feel of the place, definitely an island to be discovered. The next day we flew back to Bali for the last four days of our trip.