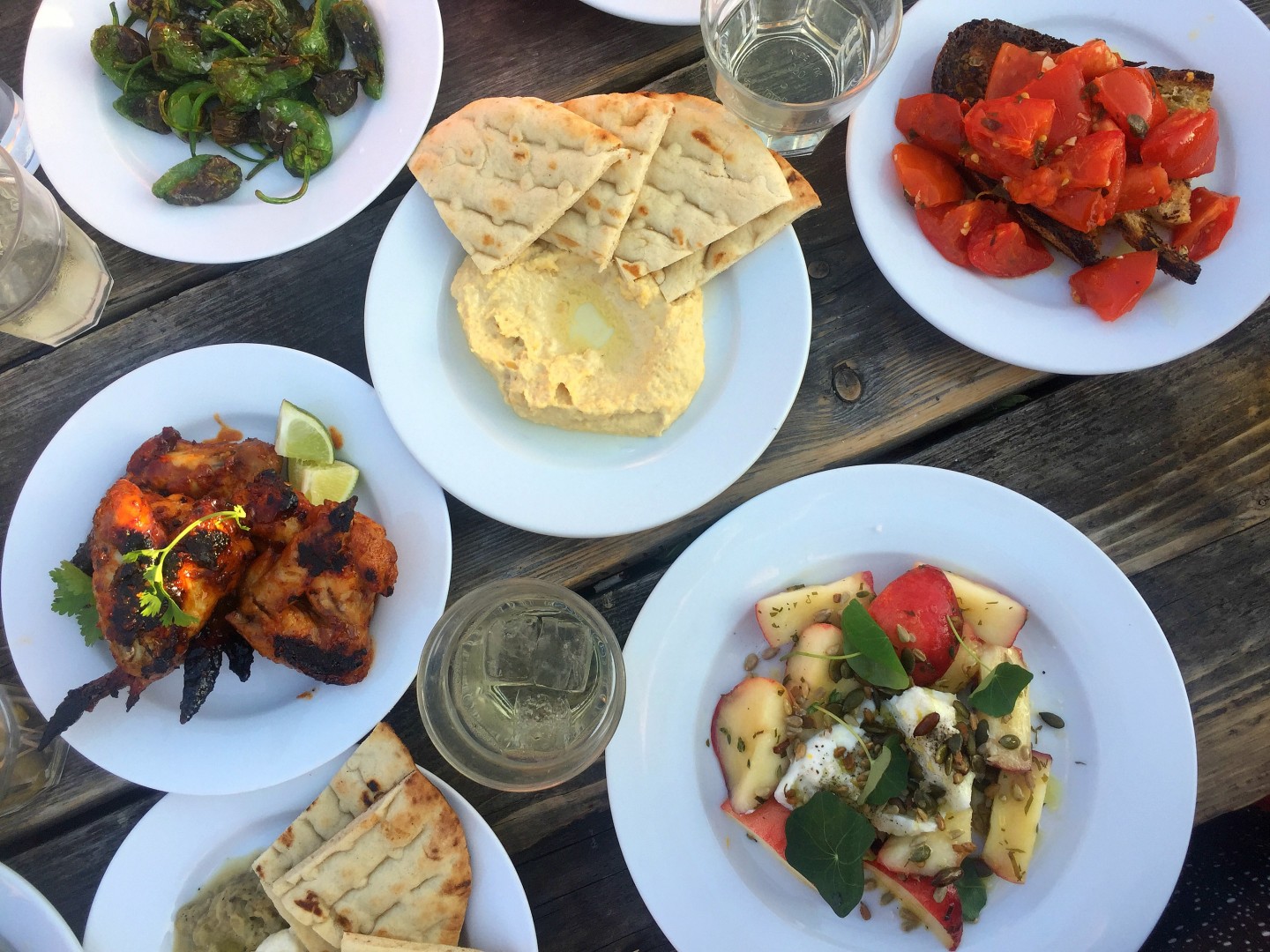 Frank’s just by Peckham Rye station has to be one of the best rooftop bars in London to enjoy stunning views over London on a Summers evening!

Most Londoners comment on the weather most days – ‘oh isn’t grey and horrible out’, ‘yes, it’s far too hot out isn’t it!?’. In fact I think all Brits do this! We’ve had some beautiful weather recently and London has come alive with it. I love hot summers in London. Yes, it’s hard to escape the heat, but it means you discover new parts of London you’d never ventured to.

This is where Frank’s Cafe comes in. Living in Forest Hill it’s pretty crazy that in the two years I’ve lived here I had not yet been to Frank’s rooftop bar in Peckham! You probably will have heard of it before, Pizza Pilgrims used to serve their delicious pizzas up there and it’s definitely on all the best London rooftop bar lists.

So, when the girls were getting together for a long overdue catch up on Summer Solstice and on one of the hottest days of the year, where better to meet than Frank’s!

It was a Wednesday and we arrived just minutes after 6pm and managed to grab one of the bench tables. All seats were pretty much gone by about 6:45pm/7pm. However, the rooftop at Frank’s is huge so there is loads of room to stand. But if you want a seat be advised to get there as early as you can.

We were actually planning on going to Forza Wins for food as on a Wednesday they do a special £10 menu, but it was such a beautiful evening we didn’t want to leave and miss the sun set.

I wasn’t expecting much from the food, I’m not sure why. But in fact, the food was beautiful and delicious!

We ordered a couple of dishes of about half of the menu to share amongst the table, which is what this menu is perfect for as it’s small plate style dining.

The padron peppers were a salty delight and the tomatoes on toast so very juicy and fresh.

I loved the addition of scotch bonnet oil on the hummus! It worked so well with the creaminess of the hummus. The aubergine was beautifully smokey.

Not only was the burrata and peach salad beautifully presented it was a delight to eat too. I’m a big fan of peaches in salads so loved this, especially with the added crunch from the pumpkin and sunflower seeds. 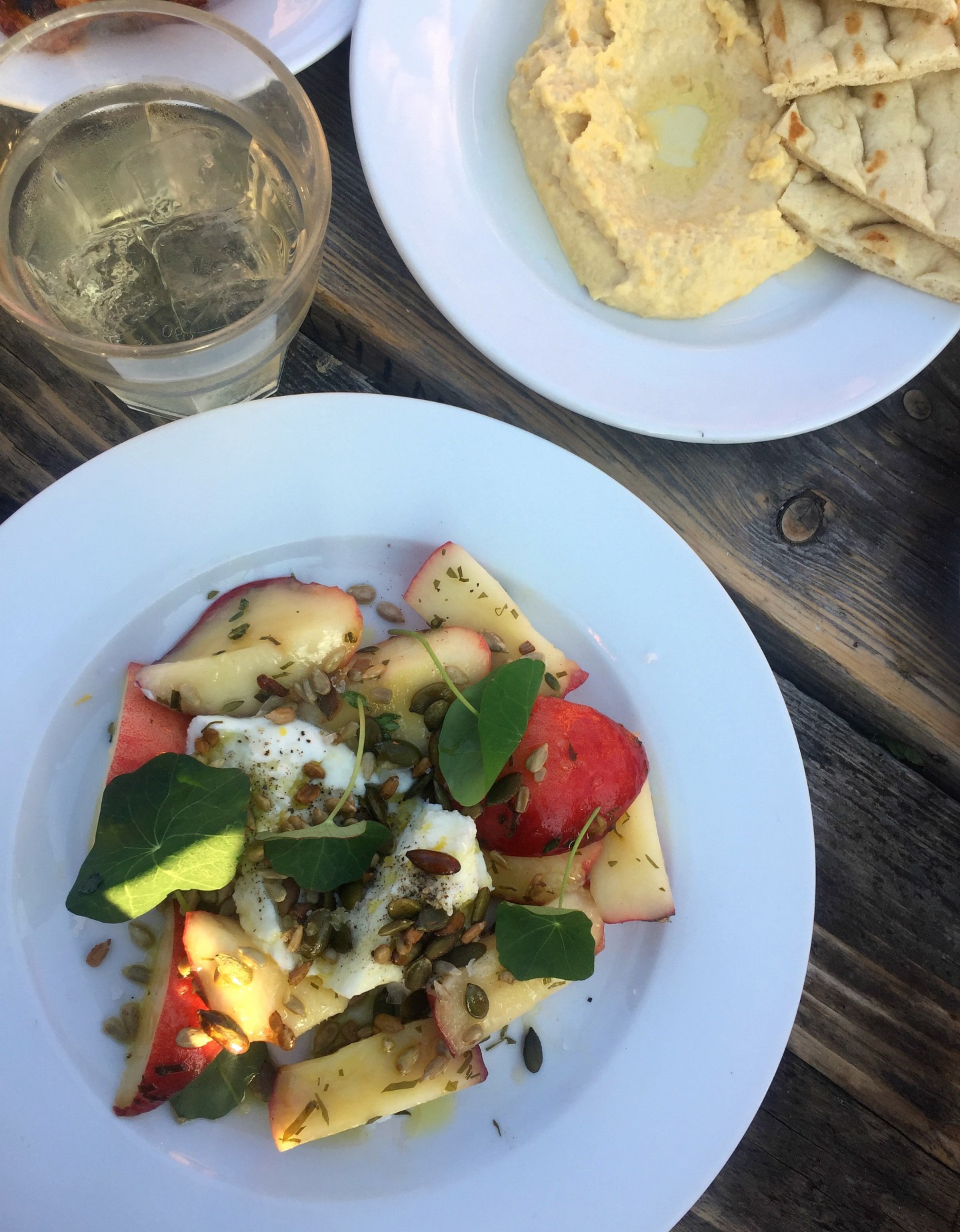 Now, I’m leaving the hottest for last! The brown sugar hot wings are HOT. Not for the faint hearted at all. I loved them followed by a mouthful of creamy burrata to calm my tongue. The wings were big and juicy and a big hit on the table. 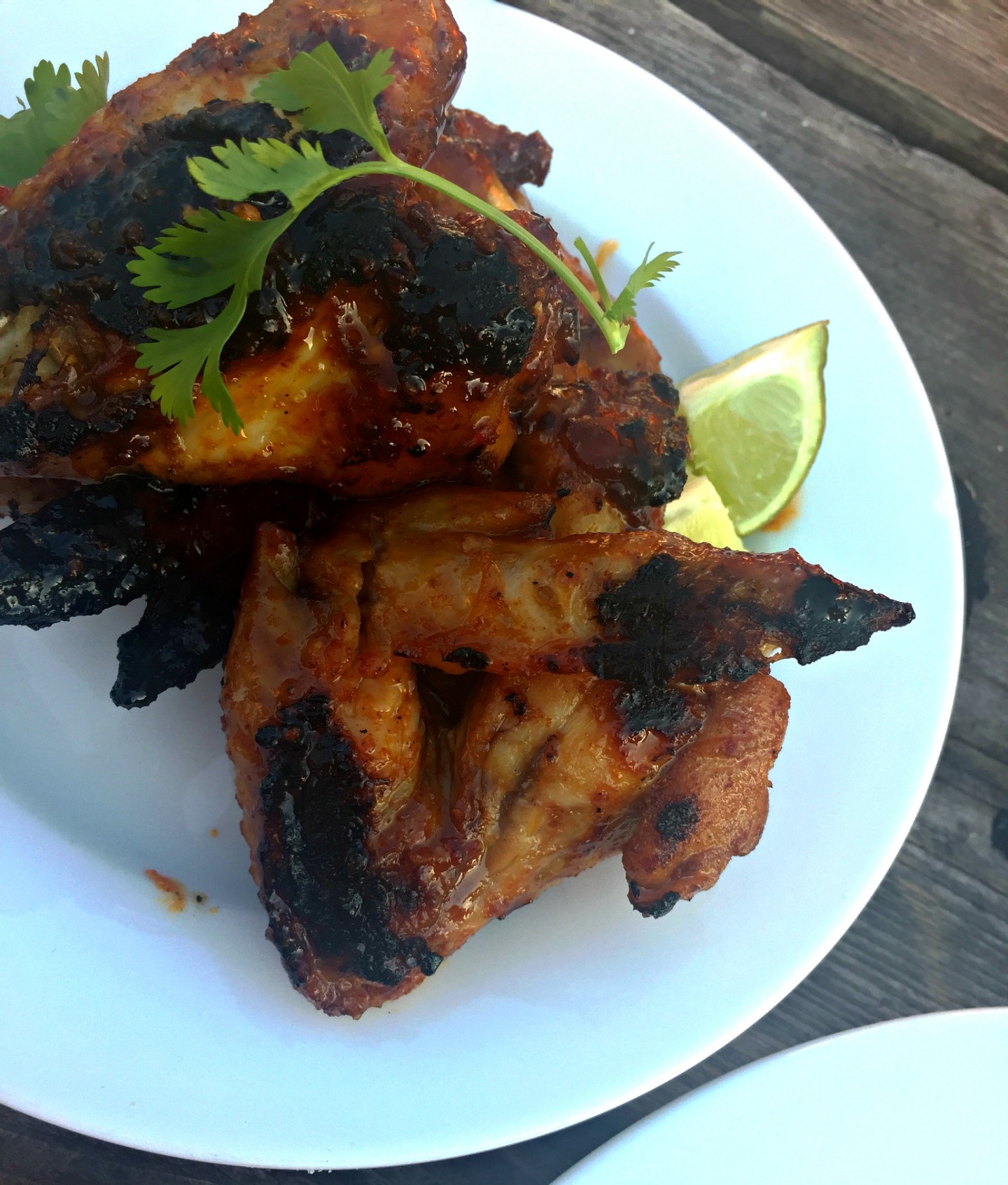 The bar serves the usual suspects but there are also jugs of Pimms and jugs of white port and tonic available as well as my beloved Aperol Spritz. Though these were a little watery on the night of our visit.

I couldn’t think of anywhere better in London to spend Summer Solstice!

Frank’s in Peckham is not only a great rooftop spot but it’s also great value. We spent £11 each for what felt like a feast! It’s not pretentious like many others are and the vibes here on a long sunny evening are unrivalled. Come just for drinks to enjoy the view or get comfy and stay for the evening working your way through the seasonal and fresh menu. Can you tell I have so much love for Frank’s!

Do you have a favourite rooftop bar in London? 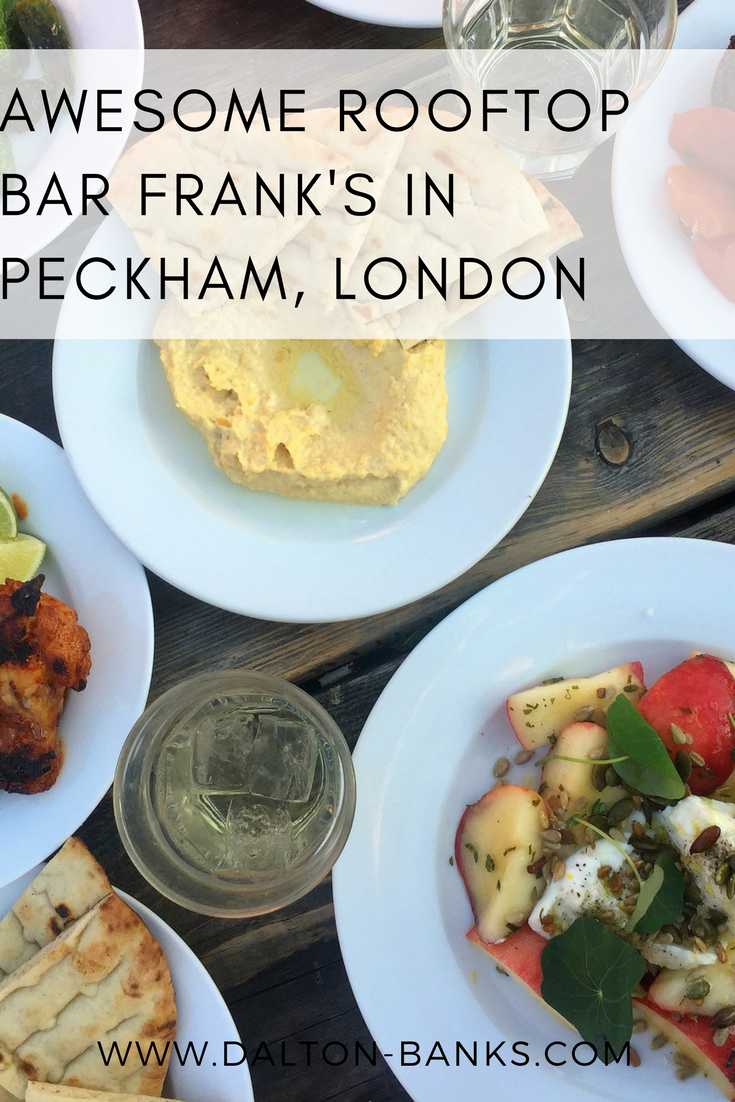