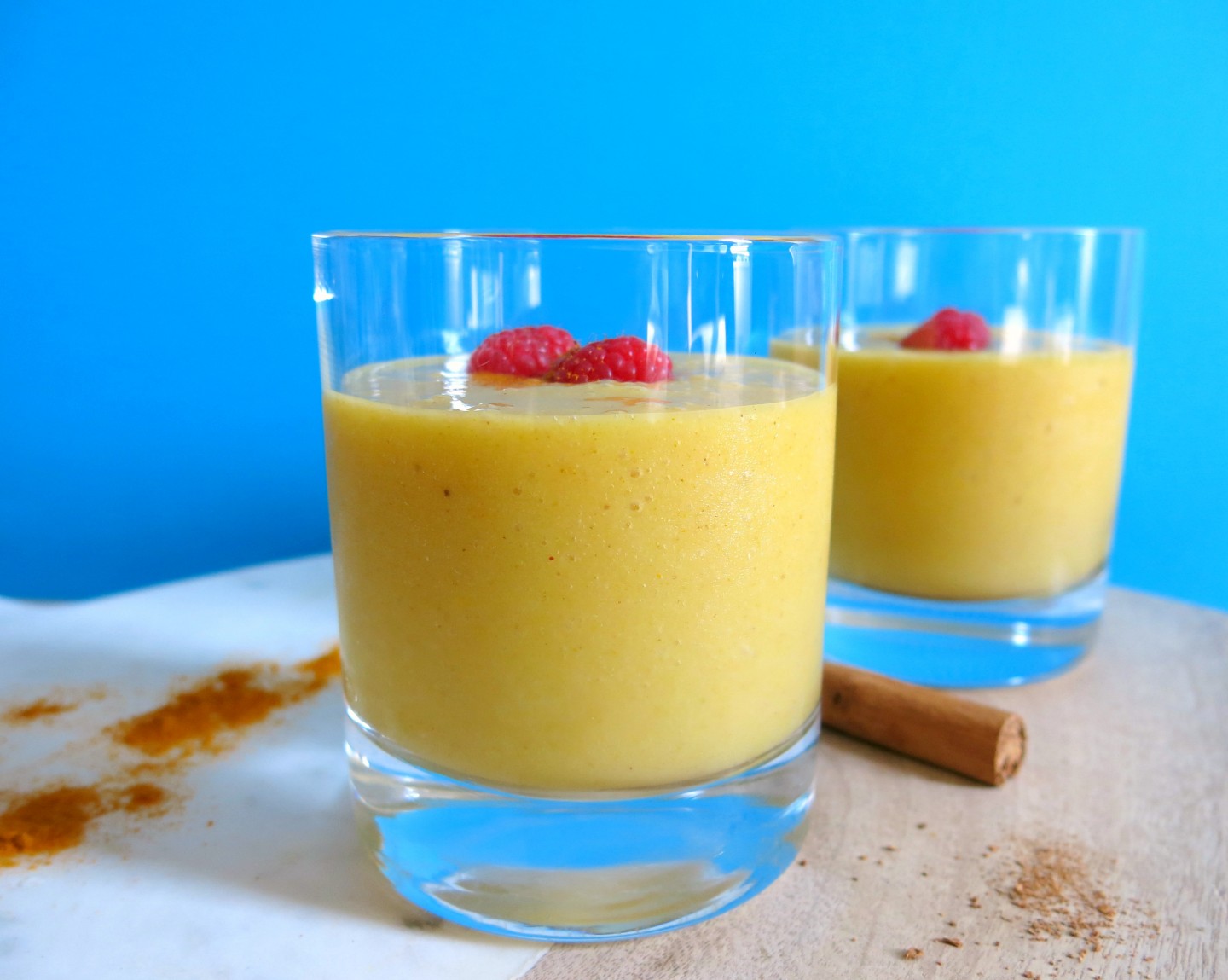 A super-cooling healthy smoothie recipe to bring some sunshine to your day!

So it looks like the heatwave in London has passed, which I have to say I’m pretty thankful about! I love the heat but it’s no fun on the packed underground and in non air conditioned flats. But it has had me craving cold juicy drinks! I’m having a thing with oat milk at the moment, I love it in my flat white (they have a barista version!) and it is great in smoothies!

After picking up a couple of beautifully ripe mangos I was wandering what to do with them. I nearly made them into a cordial but I needed something instant. I usually have bananas in the freezer ready to throw into drinks when I need to and so this is where the Super Sunshine Smoothie was born!

Now, I don’t mean to blow my own trumpet, but this smoothie recipe is damn good. It’s sweet, juicy and refreshing and full of goodness. Who doesn’t like the sound of that! Oh and it’s a super quick and easy smoothie recipe too, so it’s pretty great all round! 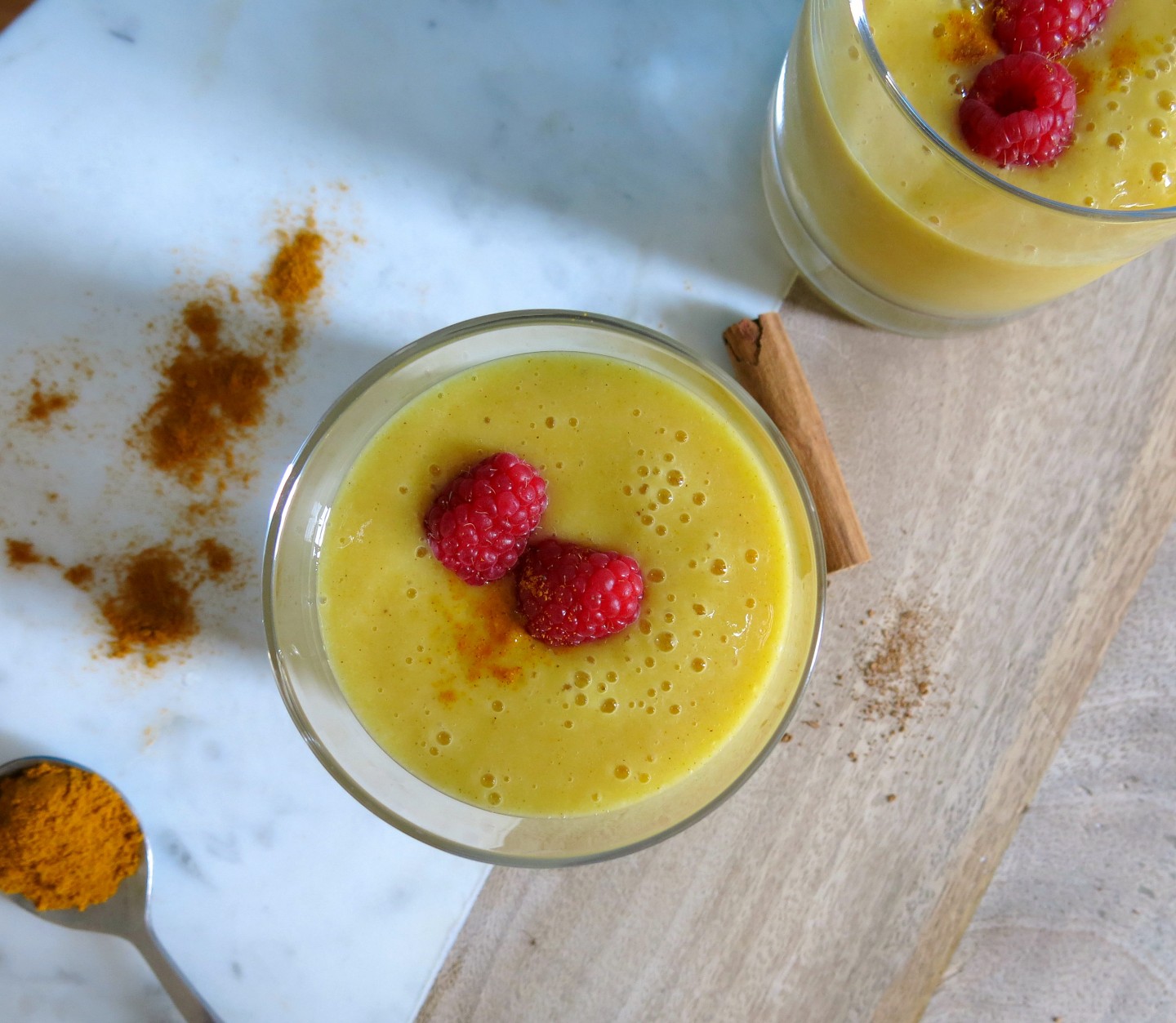 Turmeric is having it’s moment right now, turmeric lattes are all over my Instagram and in many of the cafes around London due to its ‘super food’ properties. Now I’m not sure how much of the stuff you have to ingest for it to work it’s wonders, but there is definitely no harm in getting it into your body, even in small doses!

I’ve been adding a couple of scoops of vanilla protein powder to the mix on days where I have it for breakfast. It definitely makes it sweeter but does keep me full until lunch!

I’ve used no ice in this recipe, but, I think this would be lush served in a large glass filled with crushed ice for an even more cooling drink! 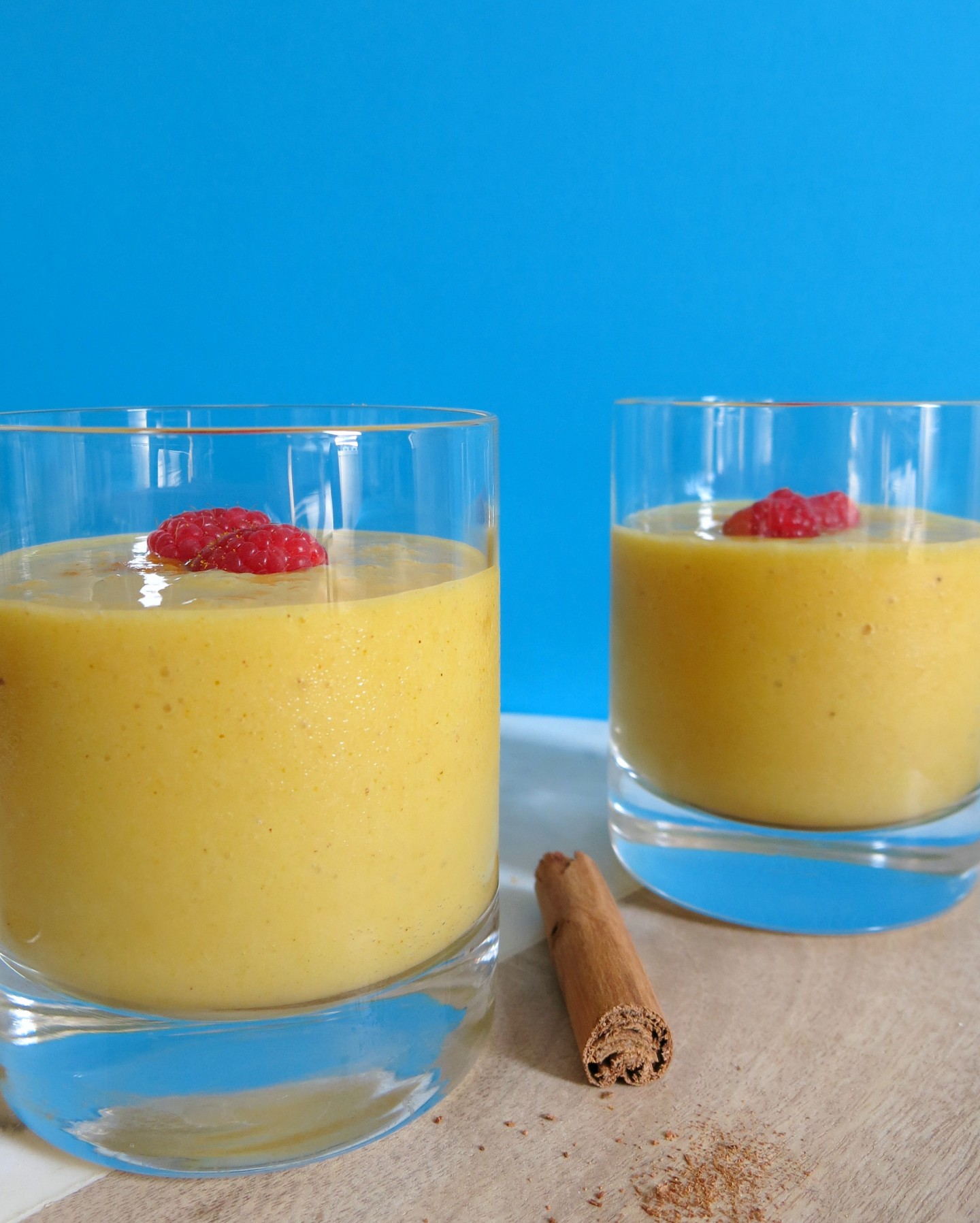 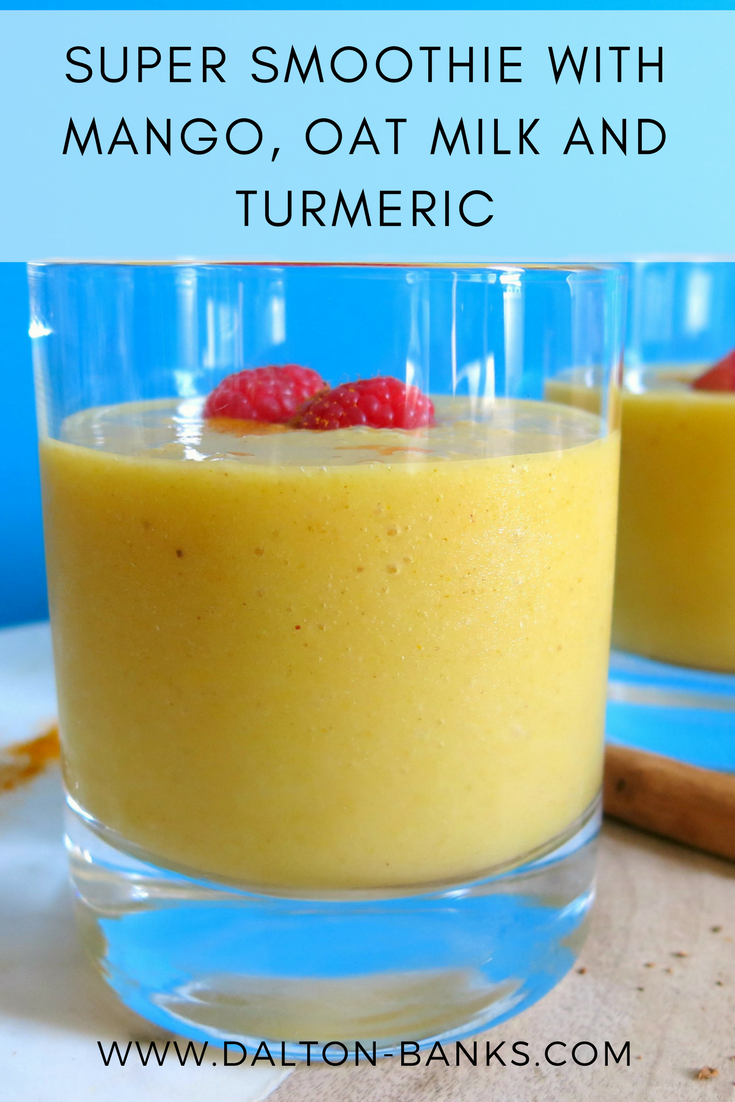